CLICK HERE TO DOWNLOAD OR LISTEN TO HOUR 1
CLICK HERE TO DOWNLOAD OR LISTEN TO HOUR 2
Today Tom and Paul talked about State Senate Candidate Barbara L’Italien’s tax liens, also they interviewed Mike Morales candidate for Register of Probate. Tom and Paul also talked about the Ray Rice controversy and how teh media botched yet another news story.
Paying Attention is hosted by Valley Patriot Publisher Tom Duggan. Tom’s, Co-host is Paul Murano. Paying Attention with Tom Duggan is produced by Chris Poublon of Dracut. Paying Attention airs on 980WCAP in Lowell, Massachusetts on Saturday’s from 10am to noon. Tom also appears as co-host of “The Pulse” with John MacDonald on Thursdays from 5:30-6:30pm.
Posted by Tom Duggan at 9:35 PM No comments: 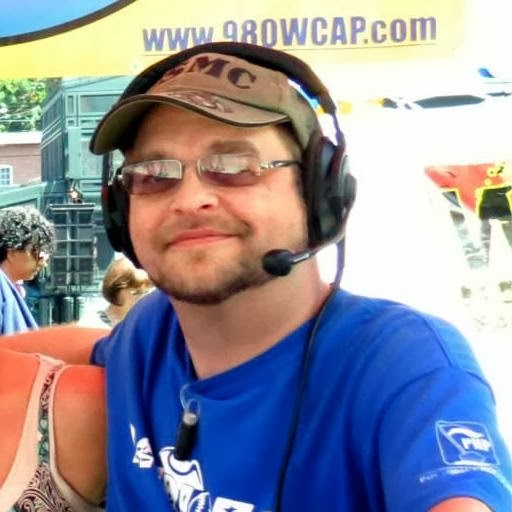 Today Tom and Paul broadcast live from Gervais Lincoln for a fundraiser for the Salvation Army.
Tom and Paul's Guest was John Miller, Republican candidate for Attorney General. Tom and Paul also talked about the growing Ray Rice controversy.
Posted by Tom Duggan at 9:35 PM No comments:

Tom Duggan host of Paying Attention on 980WCAP
CLICK TO DOWNLOAD OR  LISTEN TO HOUR 1
CLICK TO DOWNLOAD OR LISTEN TO HOUR 2
Tom and Paul spoke with Prospect Hill founder and drummer Mark Roberge about the band’s parting with lead singer dam Fithian. Alex Vispoli candidate for State Senate also came in to the studio in the second hour to talk about his campaign.
Posted by Tom Duggan at 9:35 PM No comments:

Paying Attention is hosted by Valley Patriot Publisher Tom Duggan. Tom’s, Co-host is Paul Murano was off today. Paying Attention with Tom Duggan is produced by Chris Poublon of Dracut. Paying Attention airs on 980WCAP in Lowell,Massachusetts on Saturday’s from 10am to noon. Tom also appears as co-host of “The Pulse” with John MacDonald on Thursdays from 5:30-6:30pm.

Today: Saturday September 6, 2014
It was a civil but feisty debate between incumbent State Rep. Diana DiZoglio, Phil DeCologero and Oscar Camargo as they sparred on Taxes, Voter ID, licenses for illegal aliens, in-state tuition for illegals, DiZoglio's voting record, pay for state Reps and More. All three candidates said they would support the Democratic nominee in the final against Rosemary Smedile.

Posted by Tom Duggan at 9:34 PM No comments:

By: Tom Duggan, August 30, 2014
Doris Rodriguez is in a three way primary race for the Democrat nomination for State Senate against failed state Representative Barbara L’Italian and Lawrence School Committeeman Pavel Payano.
Rodriguez appeared on the Paying Attention Radio program for a debate but L’Italian and Payano refused to be int eh same room with Rodriguez on the show.
Rodriguez was born in Methuen, raised in Lawrence and is of Dominican descent. She attended the Lawrence Public Schools, attended Merrimack College where she graduated with a bachelor’s degree in business administration. She double majored in business management and international business. From there she entered law school at Suffolk University where she received her law degree.
After graduation she worked in the private sector for a software company, and also worked in all three branches of government.
Rodriguez says she worked at the IRS, the Massachusetts unemployment office as an adjudicator where she made decisions about unemployment eligibility for the unemployed, and also worked for the City of Lawrence as a compliance officer.
“While working for the City of Lawrence during the Sullivan administration we didn’t have a housing manager at that time. I was able to bring in $3Mil to the City of Lawrence and that [money] was able to help us remove all the lead paint issues that the city had and that program is still running today.”
LANTIGUA’S INFLUENCE
Rodriguez says that the interference of former Lawrence Mayor Willie Lantigua in the state senate race says a lot about one of her opponents, Pave Payano.
“I was listening to the radio, it was on the Spanish station, and I heard former Mayor William Lantigua say that he is giving Pavel Payano his support and his campaign has been helping Pavel’s campaign since day one. So, they have been involved together since the beginning of his campaign.”
Rodriguez says that Pavel has never rejected the endorsement of Lantigua and has only said that he does not support Lantigua’s candidacy for State Rep,. but stopped short of saying he wasn’t working with Lantigua to get himself elected.
SALES TAX
Rodriguez says she wants to reduce the sales tax t 5%.
“Well that’s why Barbara [L’Italian] lost. It’s important; we live on the border of New Hampshire. How about all our businesses that are struggling, all the mom and pop businesses? Look at the economy, the economy is such that we shouldn’t be paying so high of a sales tax.”
“A couple of years back we raised it to the 6.25% that we have today. That’s why I say, one of my opponents Barbara L’Italian from Andover, she was a state rep. for eight years and they voted her out. She ran again and they voted her out. And the people of Andover spoke. One of the reason why, is because of that [sales tax]. We are on the border. So I think first we need to roll it back to 5%.”
Asked how she would go about working with her party to lower the sales tax, Rodriguez said cutting wasteful spending and reforming state services that are not working.
“By looking that budget and all the programs, look at everything, see what’s working and what’s not working. Let’s fix what we have if it’s not working, if we can’t let’s throw it out, try something new and then we won’t have to raise all the [taxes] to spend in these different areas. This is one of the areas that we would have to address, the sales tax.”
GAS TAX
Rodriguez says she opposes raising the gas tax and opposed indexing it to inflation because then politicians don’t have to vote to raise taxes, taking local control away from their constituents on the issue.
“On the gas tax, I know that they were looking to index it to inflation. I don’t agree with that. We need to discuss it and listen to our constituents and look at the economy, discuss it and vote on it, not just let it increase with inflation.”
LOCAL CONTROL ON SCHOOLS
Rodriguez also said one of her top priorities is to have the Lawrence Schools turned back over to local people.
“I would say the city needs to have the school system back in the hands of local control. Just looking forward, if the city has control that’s the way it should be. Local people should be in charge of the schools. We had an acting superintendent at the time [of the state takeover], a very capable person, and Willie Lantigua didn’t want her as superintendent. He used his friend Pavel Payano, told him ‘I need your help, vote this way’ and he did and they let the school system be taken over by the state. Do you know how many teachers lost their jobs? Like 300 plus. I mean, if they are not capable and they are not doing the job ok, but there is a thing called due process. Due process should have been given to them. Give them an opportunity to prove themselves, that they belong in the school system as teachers instead of just saying ‘hey, by the way you don’t have a job in the system anymore.’”
“So, having someone like the acting superintendent [Mary Lou Bergeron] who was capable and able and wasn’t going to be manipulated, I think that someone like that would have made a difference.”
The primary election in Massachusetts is Tuesday September 9th.
Posted by Tom Duggan at 9:34 PM No comments:

Paying Attention is hosted by Valley Patriot Publisher Tom Duggan. Tom's, Co-host is Paul Murano. Paying Attention with Tom Duggan is produced by Chris Poublon of Dracut. Paying Attention airs on 980WCAP in Lowell, Massachusetts on Saturday’s from 10am to noon. Tom also appears as co-host of "The Pulse" with John MacDonald on Thursdays from 5:30-6:30pm.

Today: Saturday August 24, 2014 - At the Top of the show five time consecutive Golden Glove winning Boxer Bobby Christakos sat in for a few minutes with an announcement. THEN - Tom and Paul spoke with Massachusetts State Auditor Suzanne Bump about waste fraud and abuse in state government and making state government more transparent and accountable. Dead people collecting Social Security, EBT (Welfare) fraud and MORE!
In the second hour Tom and Paul talked about the Valley Patriot breaking story about Lowell Police Officer Eric Wayne's drunk driving charge this morning as the result of the death of Lawrence resident Bryant Paula in Methuen. Other topics: Neighborhood problems in Lawrence, Governor Perry in Texas and the racism in Ferguson.
Posted by Tom Duggan at 9:34 PM No comments:

Paying Attention is hosted by Tom Duggan, Co-host Paul Murano and is produced by Chris Poublon. Paying Attention and airs on 980WCAP in Lowell on Saturday’s from 10am to noon.

CLICK HERE TO DOWNLOAD DEBATE  SEGMENT 1
Senator Katheen O'Connor Ives and Jessica Finocchiaro begin their debate talking about what it means to be a Democrat and what separates the two candidates.

CLICK HERE TO DOWNLOAD SEGMENT 2
Ives and Finocchiaro fight over the state's minimum wage, what it should be in MA, and whether or not Senator Ives voted for the bill... as well as special interests, grassroots support, permanent voter registration, why both candidates are against the state sales tax and MORE.

In the 1st Hour Tom, Paul and Tom's daughter Justess filled time while waiting for the debate participants to arrive. They talked about the Ferguson debacle and how the media did a terrible job reporting the facts.
Posted by Tom Duggan at 9:34 PM No comments: